The Culture from Hell 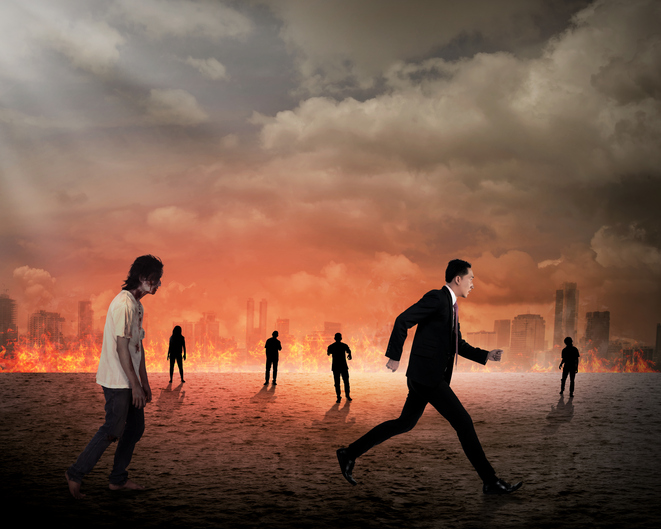 The culture from hell is often birthed by the inappropriate coupling of two pre-established cultures that have been poorly prepared for a merger or acquisition. Not unlike a shotgun wedding, the two partners haven’t spent enough time "dating" to notice that they are actually incompatible.

The M&A process is often driven by surface attraction – a wealthy partner, or a fear of being left on the shelf. Without due cultural diligence from senior leadership on both sides, this leads to a forced marriage. The progeny is a dysfunctional and uncared-for corporate climate.

Last year’s disrupted nuptials for Unilever and Kraft Heinz was a relief for everyone. Had the marriage gone ahead, it’d have been one where the guests were left murmuring at the reception, “I give it a year.” Unilever, who are full of flair, innovation, and commitment to purposeful business, contrasted with Kraft Heinz’s method of steadfastly pursuing efficiency and practicality, with a rigorous focus on quality. Vive la différence– but the honeymoon would have been short.

Many mismatched M&As do not have the prescience (or luck) of Unilever and Kraft, and they fail to cancel the wedding on time. They waltz up the aisle oblivious to the warning signs, believing that if they commit to the sacred vows then they will be blessed. The offspring of this hurried union is the new culture, which will grow up with conflicted values, lacking productive alignment, and with little sense of identity.

We’re not against shaking up the status quo, stirring the melting pot, or blending diverse backgrounds – we strongly advocate it, if it is done consciously and by organic design. The infant culture needs to be parented as carefully as any new-born. If it isn’t nurtured, research and experience show that it will grow up insecure, poor at communicating, listless, and under-achieving.

One of our clients, an old established software organisation, had courted and acquired an exciting and passionate young company within its market. The two faced the challenge of integration while still maintaining the gravitas of one and the vitality of the other.

They asked Maynard Leigh Associates to help with the partnership, seeking guidance for the fostering of a healthy culture. We helped them by:

How to create a healthy culture

In his book The Culture Cycle, James Haskett estimates that an effective culture can account for upwards of 30% of the differential in corporate performance, compared to less culturally vibrant competitors.

Knowing that culture makes a difference is important is a long way from being able to foster a healthy culture. Leaders are happy to proclaim to the waiting troops that “our commitment is to be one company, all pulling in the same direction, etc.” – however, they may have little real idea of how to promote and construct the alignment that is vital to success, or to help people share, emotionally connect to, and embody a cohesive set of values.

Our clients will often describe the new forms of behaviour that they want to see from a high-level perspective: people being more proactive, less silo mentality, a readiness to speak out, more creativity and innovation, and so on. The truth is, individual behaviour lies at the heart of cultural change, and that needs a framework every bit as robust as the strategic thinking. Senior leadership teams generally seem more comfortable with the strategy than with the mechanics of behavioural change, and of actually getting people acting differently.

Our seven tips to create a healthy culture

1. USING A WIDE RANGE OF STAKEHOLDERS TO IDENTIFY THE DRIVING FORCES BEHIND ANY CHANGE PROCESS

Given the challenge of sustaining cultural shift, there needs to be a compelling reason to attempt it.

Culture change efforts are generally more successful when there is a clear link between culture and business strategy. In practical terms, we look for something so irresistible that almost everyone in the company recognises that change has become unavoidable.

Persistent cultural change relies heavily on whether senior management plays its part in identifying, articulating, promoting, and supporting the changes. Whether it’s a CEO, a headteacher, or a supervisor on the shop floor; leaders shape the culture of the team, department, and organisation.

The approach of your leaders is crucial to determine the success of any change. As with any leadership, they need to add value, demonstrate authenticity, and have an impact.

3. DISCOVER THE “WHAT’S IN IT FOR ME?” REASONS FOR PEOPLE TO GET ON BOARD

People like change – they dislike the prospect of being personally changed. Because of this, they need a powerful reason to alter their behaviour – whether a push due to pain, or a pull from something attractive, e.g. the chance for promotion or personal recognition. A personally compelling reason to change will help them believe it’s all worth it.

Any persistent culture shift relies initially on the activity of internal champions. Seek internal influencers with key networks – they usually form a minority yet have a disproportional influence on the wider organisation. Engage them to actively promote the change and the benefits which are associated with it.

5. CREATE A SUSTAINED INTERNAL CAMPAIGN TO KEEP SPREADING THE WORD

Whether the required shift sustains its momentum after launch depends on the ability of leaders, champions, and those promoting change to communicate and present their vision as the new way of working. Consider sharing examples of areas in the business that have seen success following the change.

6. CREATE OPPORTUNITIES FOR LINE MANAGERS TO “REHEARSE” THE BEHAVIOURS THAT NEED TO BE MODELLED

People need to be able to experiment with new behaviours and be allowed to fail without recrimination. This can prove a major challenge for companies burdened with a critical or punishing culture.

Change at the individual level often involves people acquiring new capabilities, such as increased emotional intelligence, the ability to work in a team, new attitudes to decision making and authority, heightened attention to quality, and generally higher levels of performance. This is where development programmes can really make a difference.