What’s the point of you? And what’s your point of view? 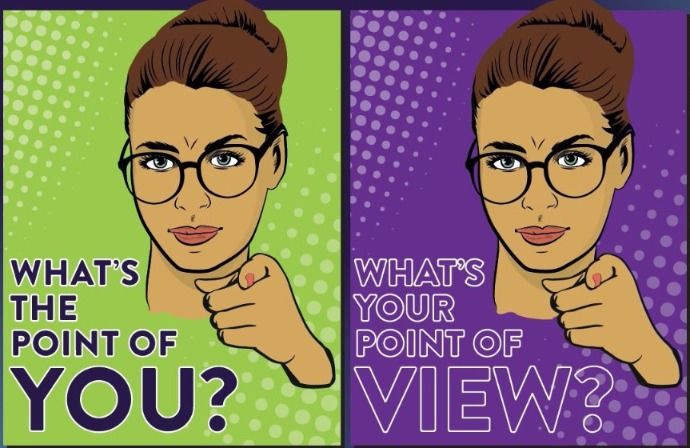 What's the point of you and what's your point of view? These are two vital questions that all Leaders should be able to answer, these days particularly.

Why are these questions important? And why now?

We are living in a Trust Recession. The majority of people’s trust in strategic institutions — business, government, and media — has deteriorated in a way not seen before. Research shows the reduction of trust, across the board and points toward the general population’s suspicion that the overall system is not working for them, fuelling concerns about their place in society and their economic prospects. People’s perception is that the political classes have failed to act with integrity and credibility.

Why does low trust matter in business?

A crisis of trust is a crisis of leadership. Trust is not a soft issue; it is the hard centre at the heart of employee engagement, improved performance and talent retention.

Recent discoveries from Neuroscience (Paul J Zak, Harvard Business Review) show the link between trust and engagement. Respondents whose companies were in the top quartile for trust indicated they

There cannot be a leader who would not like to secure this kind of uplift in the culture and performance of their organisation. As Peter Drucker said ‘Culture eats Strategy for breakfast.’ When people’s faith in the strategists and their strategies is low, commitment, alignment performance all suffer. The engine of value creation in any organisation does not run efficiently without the central component of a culture of trust. And the ability to create that trust is an attribute of leadership character that needs to be developed urgently by many at the top of our institutions. The solution is a new kind of leadership built on a foundation of vulnerability, character and meaningful purpose.

The research from Professor Zak mirrors the findings elsewhere that indicate improvement in organisational performance is directly linked to the levels of engagement experienced by an organisation’s talent. For example, the government-sponsored report ‘Engaging for Success’ by David Macleod and Nita Clarke presents compelling evidence that engagement is the key to better productivity.

And yet organisations and leaders are failing to act on this information, they seem to be sticking their heads in the sand and looking the other way, if it is possible to both those things at the same time – some people will do anything to avoid looking at reality.

Why are senior teams failing to build trust and increase engagement? It can’t just be that they haven’t heard about the issues or that they doubt engagement works. Why would they ignore the implications and not gear up to take advantage of the leverage they could gain?

Firstly there is the recurring problem that leaders revert to their default settings when we hit tough times. As anxiety increases and the pressure is on, ‘command and control’ returns as the weapon of choice - and trust and engagement decline even further.

To rebuild trust and restore faith in the organisation, leaders need to reimagine their traditional roles and work toward a new, more integrated operating model that puts people at the centre of everything they do.

Secondly, most leaders don’t know how to build trust. Senior management has developed their commercial muscles down at the MBA gym – strategy, operations and acumen are all buffed and defined; their vanity determining they work on the most visible aspect of their physique. Many leaders have a limiting belief that Trust and Engagement are ‘not things that you can work on directly’. They do not understand the mechanisms that work to strengthen these ‘muscles’. It’s more complex than just picking up weights.

And since the elements of Trust and Engagement are not immediately visible, they are not valued; they don’t show up on a P&L sheet (in the short term) so they are not as important to a first impression as some other aspects that create an initial impact and so, to the narcissistic leader, they are not as prized. 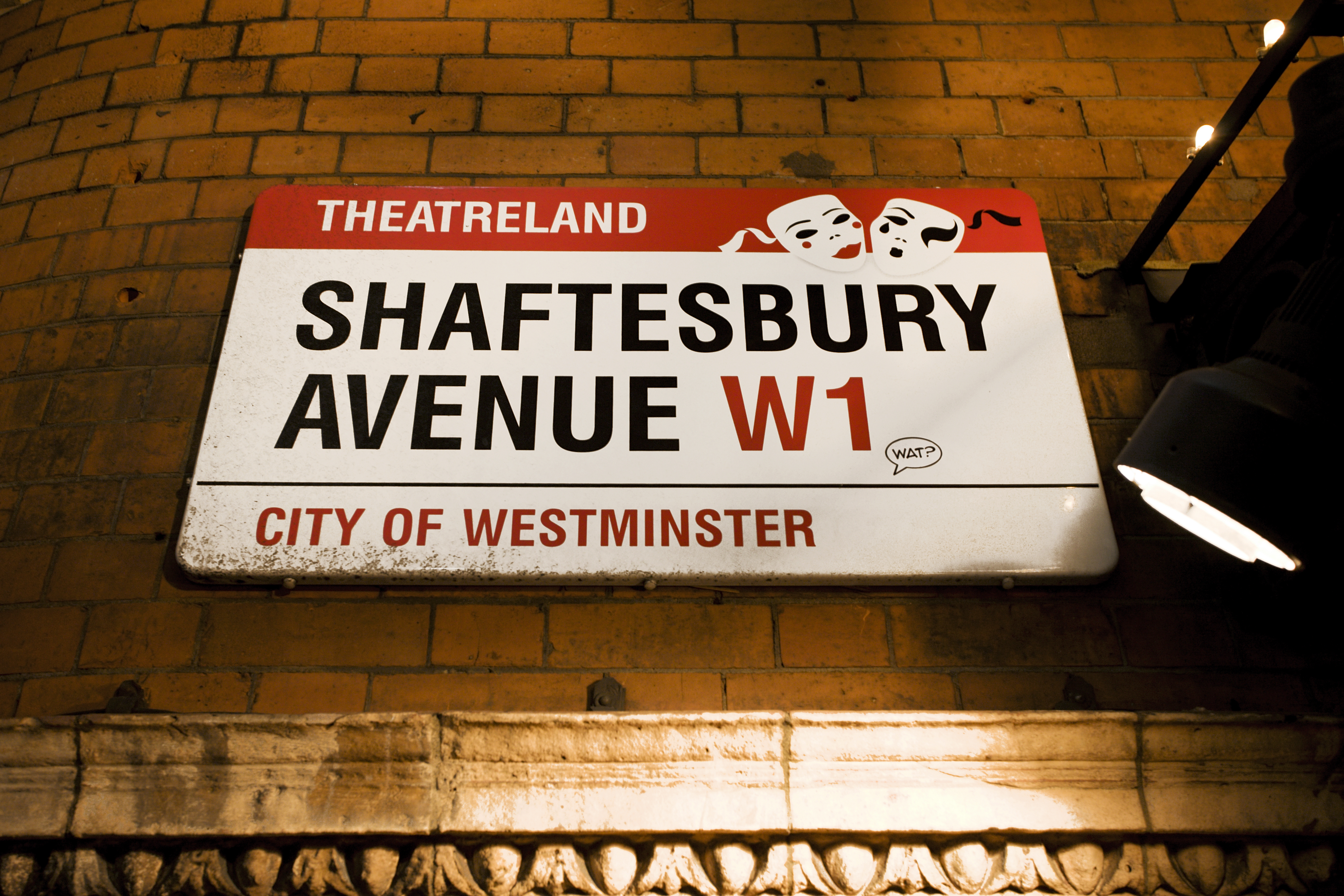 Where can leaders find help in developing the ‘trust muscles’? Nowadays, the business world is taking the arts much more seriously and is waking up to its unique contribution. For instance, Google is hiring arts majors because they want a new kind of thinking; people who think for themselves.

For every team of actors about to put on an innovative show in front of a thousand new customers, the endeavour is fraught with profound risk, imminent exposure and potential failure. Thus, during rehearsals, they practise collaborative processes that develop trust and teamwork and help them engage audiences through ensemble work.

Trust isn’t made and can’t be bought; it is neither an obligation of an employee nor the entitlement of a position of authority. And leaders, whether theatre directors or CEOs of Banks, who are relying solely on the currency of loyalty are heading for an inevitable disappointment from a millennial generation who have seen how loyalty has been abused by the majority of institutions in society.

Trust, like fear, is invisible; it can be difficult for leaders to know which of the two are operating in the organisation. Leaders need to get people to speak up and speak out. You need to build a culture that helps people voice their opinions when they see something wrong,  feel uncertain, have a crazy idea that might solve a problem or when they feel trust is broken. In the arts, time is spent in rehearsal creating the circumstances of trust by building strong relationships, getting people to understand each other, and taking risks together.

Trust requires honesty, vulnerability and transparency from leaders. However, in the world of the iron-clad leader, honesty and transparency are things to be feared. Such leaders fear that full disclosure is the can opener that sets the worms free, rather than the sunlight that helps things grow.

On the other hand, theatre directors lead with a vulnerability. They tell the truth, sharing their doubts or fears, asking for help when they don’t know what to do next. Without that openness, trust breaks down. If you are unable to tell your truth in any circumstance you obfuscate, which will infantilise and disrespect those you lead. The best stage directors have learned the skill of trusting their teams, trusting the process, trusting the muse, and leading from the centre not from the front.

Trust is difficult to engender and when broken it is twice as difficult to regain. Trust can easily be fractured unintentionally. The smallest of actions can build or destroy trust. We need to know, not just how to build trust, but more importantly how to repair it.

For the last 10 years at Maynard Leigh, we have been using a framework for developing a culture of trust and engagement in individuals, teams and organisations.

Our work in helping companies affect people’s behaviour suggests that the four pillars of ‘engagement’ are ensuring that your people feel valued, involved, developed and inspired. We use the acronym VIDI

When people feel Valued, for who they are, what they believe and what they contribute to the company, they are more willing to fully engage in the enterprise. They need to know that their individuality counts and what matters to them is respected. The building of respectful, healthy relationships is a vital accelerant of trust. Through both their words and actions, leaders need to model a level of humanity and consistency. And they need to uncover those qualities in their people.

If people are Involved, actively and early, they will feel informed and that they are part of something. This sense of belonging increases the willingness to trust and lowers the threat response. Neuroscience shows us that when change is happening the brain will have an instant sense of danger. The threat response is unconscious initially and can close down a person’s engagement. Involvement in the process will alleviate the threat, increase trust and build engagement.

As children, we can’t help but Develop. And there is no reason why this should stop the moment we hit adulthood. Growing and developing skills are natural human drives. To learn, to mature, and to extend oneself is evolutionary. A focus on development is a powerful way of demonstrating a commitment to people and engaging them.

Constant review, coaching and feedback allow people to know how they are doing, and that they are an important part of the future. Providing development also demonstrates an investment in people and a commitment to unlocking their potential and increasing their employability.

The fourth element of VIDI is Inspired and this is where we return to the two questions leaders need to be able to answer. ‘What’s the point of you’ and ‘What’s your point of view’.

The answer to the question ‘What’s the point of you?’ reveals what value you add. Who you are, makes a difference. If it doesn’t then someone else should be the leader. Your individuality and character are distinctive. Leadership is an act of authorship. When leaders are clear on their contribution and how they add value, employees are able to choose to engage and support. And it also encourages employees to bring more of themselves to work.

The response to the question ‘What’s your point of view?’ builds on the first question. It reveals your perspective on the world and what matters to you. It shows where you are willing to take a stand - your principles, opinions and moral code.

The combination of the two questions (what value you add, and what values you offer), when the answers are aligned, reveals your purpose and what you find meaningful. And producing meaning is like a magnet, it draws people toward it.

When leaders are clear about the purpose of their work, articulate it, and act in support of that purpose, people are able to connect to the importance of what they are doing, are more willing to trust and to commit their discretionary effort.